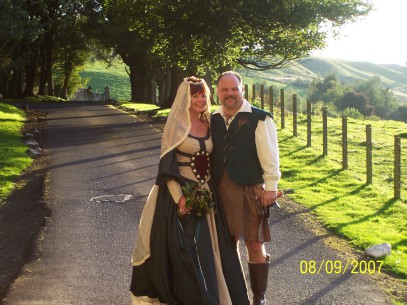 Rhonda Lee & Tony are a fun, adventure-seeking couple of globe-trotters who fell in love in 2003, and this fall, will celebrate their 13 year wedding anniversary. They have a natural inclination toward history and antiquity; and though they met via the net on RoyalDating.com, they could not disguise their preferences with their chosen handles of 'Lord Magellan' and 'Wench Chastity'. It was a match made in Heaven and they hand-fasted on the anvil at Gretna Green in Medieval fashion...followed by an intimate, but rousing celebration at Borthwick Castle, Edinburgh.

They settled into Aye Lighthouse, Rice Lake after the honeymoon, and after many successful and peaceful years, they decided to make a move back to community living. After viewing about 500 properties over a 3 year period, they seized the opportunity to purchase Avonview Manor, Stratford, and relocated from their former home and award-winning, countryside B&B in October, 2016; which coincidentally was the centenary birthday of Avonview Manor. They have enjoyed staying at some of the world's loveliest B&Bs, and they look forward to sharing their new home with you, their valued guests.

Rhonda Lee has been a professional performance artist for 35 years plus, and culinary time is just another form of entertaining in her Irish eyes. You may hear her crooning while she is preparing breakfast; and she will take requests with a willingness to deliver in foreign tongues whenever possible. She is a published author and is currently scribing her second book.

Tony is a comedian trapped in a corporate business suit.  He is a published author, university professor...and was formerly a semi-pro rugby hooker for the Harlequins in London, UK. He tries to stay out of Rhonda Lee's way as much as possible. 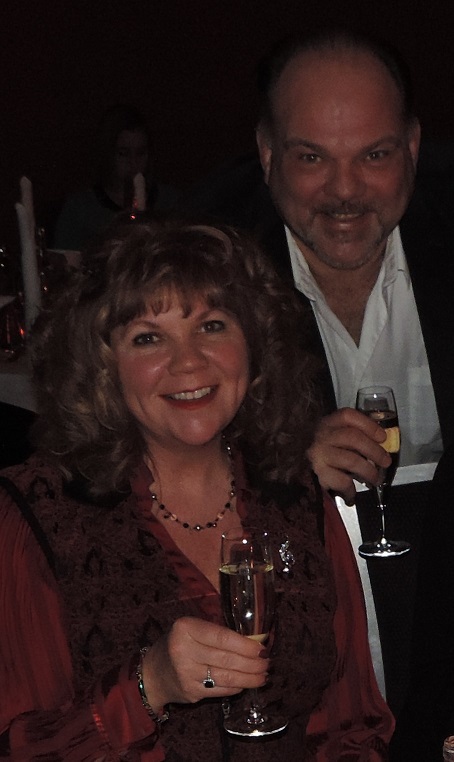 Rusty was our beloved CEO (Cat Executive Officer) and "Puss of the Manor" at both Avonview Manor and our former establishment, Aye Lighthouse.  We sadly honoured her passing to the Rainbow Ridge at season opening 2019.  Her loyal cuddles, purrs and gifts will be sorely missed forever-more. 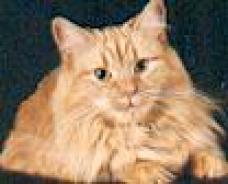